/** * The header for our theme. * * Displays all of the section and everything up till
* * @package protopress */ ?> Why MIDI Effects Are Totally Cool: The Basics – Craig Anderton  |  Create · Innovate · Inspire
Skip to content 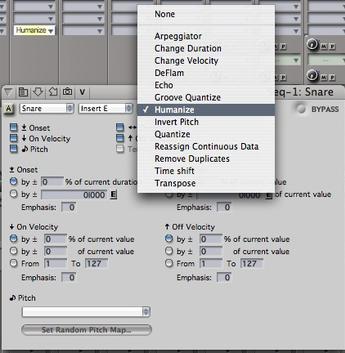 They don’t get as much notoriety as audio effects, but MIDI effects can be very beneficial for MIDI-based music

When audio plug-ins entered the mainstream, MIDI plug-ins took somewhat of a back seat because they weren’t the “shiny new toy” in town. However with MIDI’s resurgence, companies are paying more attention to MIDI plug-ins. For example Cubase has always had a great roster of MIDI effects, Ableton Live almost gives parity with MIDI and audio plug-ins, Logic added several in an update, Studio One has Note Effects (basically the same thing as MIDI effects), Digital Performer has various MIDI processors, and so on. I’m often surprised by how many people don’t use MIDI effects. Hopefully, they’ll read this tip, and realize how beneficial they can be for any type of MIDI project. For more information on solving problems with MIDI effects, please see the article Solve Problems with MIDI Plug-Ins.

MIDI effects work not by processing audio, but by processing the MIDI data itself. These effects run the gamut from the utilitarian (isolate note ranges or velocities, change duration or velocity, and the like) to more “artistic” effects like delays, arpeggiatiors, and step sequencers. Although there was somewhat of a “standard” for MIDI effects early on, unfortunately that’s no longer the case. However, search the internet for MIDI plug-ins, and you may be able to find ones that are compatible with your host.

MIDI plug-ins work in real time, so you can apply them to a track temporarily and non-destructively, but later make them permanent. For example, suppose you have a MIDI plug-in for quantization; when you lay down a drum part and don’t want to take the time to edit it to perfection, slip a MIDI plug-in into the drum’s MIDI track, and set it for 16th notes. The part will be quantized so you can play along with it easily as you lay down other parts. Once the song has developed sufficiently, then you can go back and do the needed timing edits to make the drum part really shine, and remove the plug-in.

Options vary from program to program, although certain effects are common. The image above shows the roster for MOTU’s Digital Performer, with the Humanize effect window in the background. One of the more unusual options is DeFlam, which moves the start times of a bunch of out-of-sync notes to the average start time. This can be very handy with older MIDI hardware, where there may be a slight “spread” among notes hit simultaneously.

Ableton Live’s collection of MIDI effects includes one that generates chords from incoming MIDI data; if you’re looking for inspiration, follow the Random MIDI effect with the Scale effect. The Random effects applies weirdness to the data, while constraining to a Scale effect pulls it back into reality again. The late, great Cakewalk Sonar has real-time versions of standard functions too, but also includes a chord analyzer and a MIDI Event Filter as a plug-in, not just a menu items. This lets you filter out various notes, velocities, and other attributes, can create the equivalent of splits and layers from a master keyboard controller, and constrain notes to particular scales.

Cubase has a very comprehensive collection of MIDI effects—I call their Density plug-in the “Mozart” plug-in, as it removes or adds notes (remember in the movie where Mozart was told his composition had too many notes? This plug-in would have been the ticket). There’s also a microtuning plug-in that can alter the tuning of individual notes, and a MIDI control panel that lets you create and vary up to eight continuous controller signals. Studio One added MIDI Note FX in version 3, and Apple added a suite of MIDI FX plug-ins to Logic Pro X…but this isn’t intended to be a comprehensive list, just a wake-up call in case you haven’t taken the time to find out what the MIDI effects in your host sequencer can offer. Personally, I love ’em…I just wish there was a standard format!

How to Create MIDI Echoes