/** * The header for our theme. * * Displays all of the section and everything up till
* * @package protopress */ ?> Signal Processing for Bass – Craig Anderton  |  Create · Innovate · Inspire
Skip to content 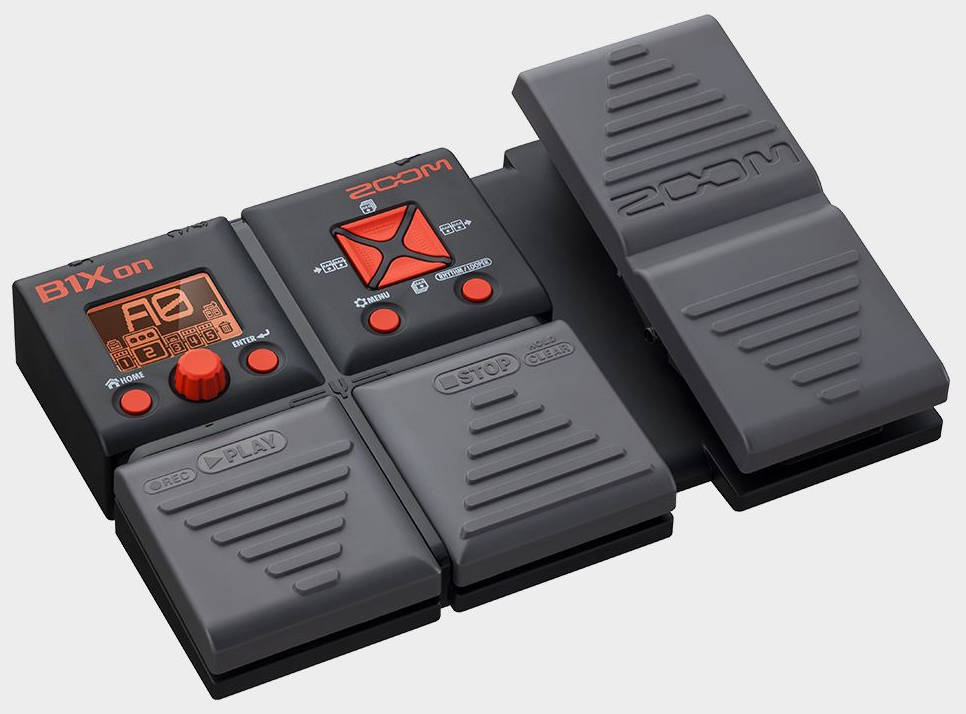 Ready to augment the sound of your bass? These tips will help you along.

Bass players have never quite taken to effects like guitar players have, but there are many ways effects can enhance your bass sound—in subtle, but also not-so-subtle, ways. In general, I find bass effects work best when mixed in parallel with the dry bass sound—that way the core bass sound remains intact, and you can then mix in as much or as little of the processed sound as you want.

There are four basic signal processing categories: dynamics control, synthesizing new signals (e.g., an octave divider or saturation), equalization (frequency-response alteration), and time-based or modulation effects. Let’s look at the most common devices in each category, and how they relate to bass.

Depending on the application, you may want to decrease or increase dynamic range, or subject the full dynamic range to overall level control (e.g., a volume pedal).

A compressor (Fig. 1) smooths out the bass’s dynamic range by automatically attenuating signal peaks when they start to exceed a threshold. This creates a more consistent and “rounder” signal with more sustain. Originally invented to “squeeze” signals with a wide dynamic range into a medium with a narrower dynamic range (such as tape or AM radio), compression is just as likely to be used as an effect rather than to overcome dynamic range limitations.

A limiter also restricts dynamic range, but “clamps” signals to a preset maximum threshold level. While popular with vocalists who lack good mic technique (and whose level therefore fluctuates wildly), limiters work very well with bass when you want to retain a fairly wide dynamic range but also need to tame the occasional loud note or slap.

Although its most common application is as a level control, you can use a volume pedal to produce “bowed” effects—go from full off at the beginning of a note to full on over a period of about half a second (this eliminates the initial pluck sound). If you split your signal into two paths (for example, a dry and processed path), inserting a volume pedal in the processed section of the split lets you mix in the desired degree of processed sound.

A noise gate doesn’t let any signal through from input to output unless the input signal exceeds a certain threshold. So, if you set the threshold just above any hiss and hum that occurs when you don’t play, the hiss and hum won’t make it to the output; but as soon as you play a note, the input signal exceeds the threshold, and the gate lets your signal through. The note will usually be loud enough to mask the noise, so as long as you play, you won’t hear noise. If you stop playing, the noise gate will keep things quiet.

However, another noise gate application is using a different signal to control the gate, via what’s called a sidechain input. For example, if your bass is going through a noise gate, a kick drum could trigger the gate so the bass would be locked in tightly with the kick.

Manufacturers often optimize synthesizing-based effects for guitar, but they can work well with bass if you split your signal into dry and processed signal paths (as mentioned earlier) to allow for setting a balance between the two sounds.

Distortion adds harmonics and a lot of high-frequency content. This abundance of high frequencies tends to make the bottom less prominent, so many bass players don’t use distortion. However, following distortion with a filter that can reduce high frequencies (for example, a graphic equalizer; see later) can restore the proper bass/treble balance, yet leave enough of the distortion effect intact to give a rougher, ruder, more “growling” sound. Even better, some distortion devices are designed specifically for bass (Fig. 2).

Although most octave dividers are designed for guitar, playing high up on the bass neck, with an octave divider providing a rich, octave-lower subharmonic, can deliver a huge “8-string” bass sound. Make sure you test drive any octave divider before you buy it, because some have a hard time handling the low bass strings (although you’ll probably find the octave divider most useful when playing higher notes anyway).

Octave dividers are particularly useful in the studio; check out the article How to Use Octave Dividers with Bass.

This a like a fancy tone control. Instead of having just bass and treble controls, though, a typical graphic equalizer (EQ for short) will have anywhere from five to 30 or more “bands,” each of which can boost or cut the response at a specific frequency. For more low end, increase the lower bands; to reduce high end, cut the upper bands. Increasing the midrange gives more punch. The graphic equalizer is best suited to general tone shaping since you can’t alter a band’s frequency, nor can you vary the boost or cut’s bandwidth (i.e., the range of frequencies that’s boosted or cut).

A parametric equalizer has fewer bands than a graphic EQ, but each band is more sophisticated and generally includes variable frequency and bandwidth (the range of frequencies affected by the EQ). As an example of why this is useful, suppose there’s a “dead” spot on your bass neck where some notes don’t come through as strongly as the others. With a parametric, you can dial in that specific range of frequencies, then adjust the bandwidth to boost only that note while leaving the others pretty much undisturbed.

Generally shunned by bassists (and rightfully so!) because it thins out the bottom end, a wah pedal is nonetheless useful if you split your bass into two amp channels, with one split going through the wah and the other straight to your amp. The straight feed maintains the bottom; mix in as much wah as you want on top of that without losing the low end. The same holds true for wah-based effects, like auto-wah (Fig. 3).

Time-altering effects are not particularly popular with bass, probably because they tend to make the sound “spacier” and more diffuse—which is at odds with the tight, rhythmically accurate sound of a good bass part. Still, for thickening effects, or to make the bass blend in better with a background track, time-altering effects can be very useful (particularly with synthesized bass). Delay is also popular with bass tracks intended for dance music, as they can add an extra rhythmic element.

A flanger imparts a whooshing, “jet airplane” effect. However, flangers are most effective with signals rich in harmonics, which is not the case with electric bass. Although useful for thickening up the sound somewhat, at least for me flanging isn’t one of the bass’s A-list effects.

A chorus unit splits your signal into two paths and adds a bit of varying time-shift to one of them—not enough to create an echo, but enough to provide some differentiation between the delayed and your original signal. This simulates the effect of two instruments playing en ensemble, giving a thicker, more animated sound. Although a chorused sound becomes more diffused and less “focused,” chorusing is sometimes used with bass.

Like a chorus unit, a delay splits your signal into two paths; but in this case, there’s enough delay to cause an obvious echo effect. Usually there’s also a feedback control that, when turned up, produces a series of echoes, each quieter than the previous echo. Echoes work best when synchronized to the music’s tempo— you can even play rounds and harmonies with yourself, or turn eighth-note runs into sixteenth-note runs.

This simulates the sound of playing in a large hall or other acoustic environment. However, when playing in these types of spaces the bass often becomes muddy and indistinct, and electronic reverbs must be used sparingly, if at all. Very few bassists use reverb. I certainly don’t.

Many devices include multiple effects (such as compression, equalization, delay, and reverb) in a single package. The Zoom B1Xon, shown above, is a very capable processor that’s optimized for live performance.

Although it’s sometimes tedious to customize the available sounds to your own needs, the flexibility, size, and cost-effectiveness of this type of multieffects provide powerful incentives to add one to your setup. There are also preamps designed specifically for bass that include limiting/compression, equalization, and perhaps some effects loops for adding in some of your favorite existing effects. Any of these options can be more convenient and reliable than using a bunch of battery-powered stomp boxes interconnected with patch cords.