/** * The header for our theme. * * Displays all of the section and everything up till
* * @package protopress */ ?> How to Use Octave Dividers with Bass – Craig Anderton  |  Create · Innovate · Inspire
Skip to content 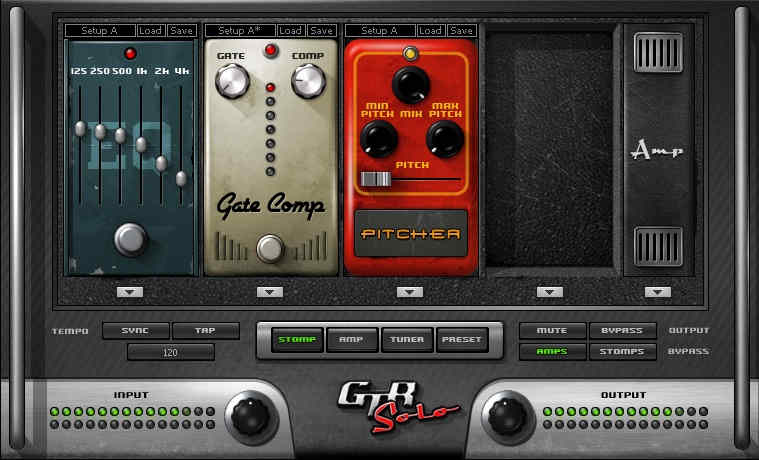 How low can you go? Well, even lower…if you use an octave divider

It’s a personal opinion, but I’ve always felt bass players in general make the right choice not to get overly involved with effects. To me bass is a part of the rhythm section, not the melody section, and anything that thins out that low end dilutes what a bass is supposed to do.

A little saturation, though, can be great to help lift a bass out from a mix. And I’m also a fan of octave dividers. Say what? Doesn’t bass go low enough already? Well, yes. But…

Octave dividers can rock for bass, whether you’re playing high up on the neck for 8-string bass effects, or reaching down for mega-low sounds from the lower strings. Of course, there are hardware octave dividers, but let’s look at what’s on offer from amp sims.

Parallel processing is the key to (ahem) effective bass effects, so you can maintain the full bass sound, and place the effect in parallel with it. This lets you mix in the precise amount of octave sound, but an additional advantage is that you may need to process the bass signal to optimize it for octave division. You don’t necessarily want to use the same processing on the bass itself.

Most amp sims include octave dividers. I’ve successfully used octave dividers on bass with IK Multimedia AmpliTube, Waves GTR Solo (see above; note that the Mix control is set for divided sound only, the graphic EQ rolls off the highs, and there’s some compression to smooth out the dynamics), Native Instruments Guitar Rig (Fig. 1), and AMR ReValver. All of these sims include modules suitable for pre-octave divider processing, as described next; there’s not a lot of difference among these modules for this particular task—they all do the job. You can also use other available modules to condition the bass signal.

Two main problems can interfere with proper triggering: An inconsistent input signal level, and triggering on a harmonic rather than the fundamental (which causes an “octave-hopping” effect, where the signal jumps back and forth between the fundamental and octave).

A compressor can solve the consistency problem. Set it for a moderate amount of compression (e.g., 4:1 ratio, with a fairly high threshold). Make sure the compressed sound doesn’t have a “pop” at the beginning, and the sustain is smooth. Then if needed, patch in an EQ to take off some of the highs—the object is to emphasize the fundamental. This may require compromise; too much filtering will reduce the level from the higher strings to where they might not be able to trigger the octave divider (and this also changes the tone), whereas not filtering enough may cause octave-hopping on the lower strings.

What seems to work best is cutting highs and boosting the low bass a bit. If the EQ curve isn’t sharp enough, you may get better results by patching two EQs in series. I’ve also found that with Guitar Rig, using the Pro Filter module with mode set to LPF (lowpass) and slope to 100% four-pole provides outstanding conditioning, especially when preceded by the Tube Compressor.

Using an octave divider isn’t just about the effect, but also playing technique and “touch.” Popping and snapping might confuse the octave divider, as can the transients that occur from playing with a pick. Playing with your fingers or thumb gives the best results, but don’t be afraid to experiment; for example, if you do “snap” the string, the sound might mask the divided sound anyway, so it won’t matter. Also, remember that octave dividers are monophonic, so make sure only one string vibrates at a time.

Once you have your signal chain tweaked, adjust the parallel, octave-divided signal for the right balance with the main bass signal. You may find yourself playing an octave higher than normal, because the octave divider will supply the low fundamental. But octave division is also a great way to make those low strings create seismic-type lows that throb in a way that not possible without an octave effects.