/** * The header for our theme. * * Displays all of the section and everything up till
* * @package protopress */ ?> 7 Effective Ways to Convert Mono Guitar into Stereo – Craig Anderton  |  Create · Innovate · Inspire
Skip to content 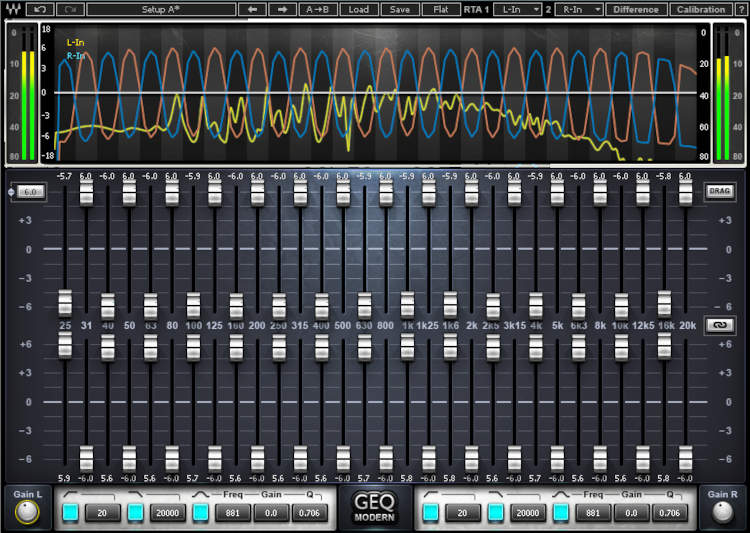 Seriously, sometimes a focused, mono guitar part will contribute more to a mix than stereo. Don’t automatically assume a guitar part needs to be stereo.

Amp sims often create stereo paths from a mono input. For example IK’s AmpliTube has several stereo and parallel routing options, while Native Instruments’ Guitar Rig includes a “split mix” module that divides a mono path into stereo. You can then insert amps and effects as desired into each path, and at the splitter’s output, set the balance between them and pan them in the stereo field (Fig. 1).

A really simple EQ-based option is to use a stereo graphic EQ plug-in. In one channel, set every other band to full cut and the remaining bands to full boost; in the other channel, set the same bands oppositely (see the featured image above). For a less drastic effect, don’t cut/boost as much – for example, try -6dB and +6dB respectively).

I wrote about another approach in a post for the PreSonus blog on how to do virtual miking with EQ, in order to get a stereo image from a single mic on acoustic guitar. Although the post is Studio One-centric, the same principle applies to any DAW. The basic concept uses EQ to split a mono guitar part into highs on the right, lows on the left, and the rest in between. As this needs only one mic there are no phase cancellation issues, yet you still hear a satisfying stereo spread.

4  Double Down on the Cabs

With hardware amps, split the guitar into two separate cabinets and mic them separately to create two channels.

Many amp sims include “virtual rooms” (Fig. 1) with a choice of virtual mics and mic placements. These can produce a sophisticated stereo field, and are great for experimentation.

6  Use Effects that Synthesize Stereo

Reverb, chorusing, stereo delay, and other effects can often synthesize a stereo field from a mono input. This is particularly effective with reverb, as the dry guitar maintains its mono focus while reverb billows around it in stereo. Some delays offer choices for stereo—like ping-pong delay, where each delay bounces between the left and right channels, or LCR (left/center/right) with three separate taps for left, center, and right delay times.

Duplicate a mono guitar track, then process the copy through about 30-50 ms of delay sound only (no dry). Pan the two tracks oppositely for a wide stereo image. However, check the mix in mono; if the guitar sounds thinner, re-adjust the delay setting until the sound regains its fullness. You might also want to try a shorter delay to avoid any kind of “slapback” effect.

Another option, which sounds more natural and less like to have problems when collapsed in mono, is to use short delays to create ambiance. Mixing several of these in the background can give the feeling of being in a room. For more information, see the article Add Virtual Room Ambiance to Your Amp Sim here in the library.