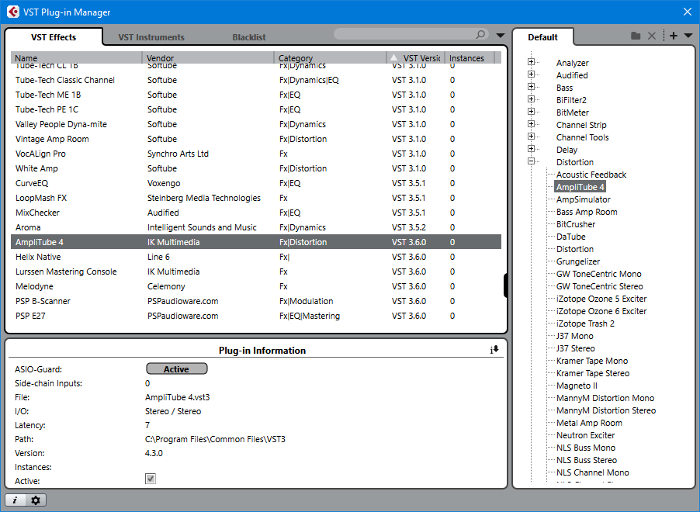 Is the VST3 format really that much better? Do you need to install both VST 2.4 and VST3 formats? Let’s bust some myths

Although the VST 2.4 spec is fading into the past, and VST3 plug-ins are becoming the dominant format, it’s important to remember that VST2 plug-ins will continue to work in the years to come. There may even be some advantages to installing both the VST2 and VST3 versions of different plug-ins, because the capabilities might be slightly different (the plug-ins themselves usually don’t take up much space; with virtual instruments, it’s the content libraries that take space).

However, there are still lingering misconceptions about the VST3 format, so let’s deal with those first.

VST plug-ins are buggy. That may have been true when the spec was introduced and companies were still wrapping their heads around how to do VST3, but these days, I haven’t experienced any issues with VST3 plug-ins in years.

VST3 plug-ins are more efficient. Plug-in efficiency depends on the plug-in, not on the VST spec—it simply defines a way for a plug-in to communicate with the host. Both plug-in formats have a common code base, and most of a plug-in’s internal code is identical.

VST3 plug-ins are not more efficient. Although VST3 plug-ins aren’t necessarily more efficient, they may seem more efficient in use because they can be turned off when no data is coming in. This could also be implemented prior to VST3, but the VST3 spec presents a standardized method that works as long as both the host (see Fig. 1) and plug-in manufacturer implement it.

VST3 plug-ins implement all aspects of the VST3 spec. Like MIDI, manufacturers can choose what to support of the VST3 spec—for example, just because a controller supports polyphonic aftertouch doesn’t mean the virtual instrument it’s feeding does.

Now that VST3 is taking over, VST 2.4 plug-ins will become obsolete. Any host is free to continue supporting VST 2.4 and/or VST3 (Fig. 2). If a program supported your VST 2.4 plug-ins, it will continue to do so, unless the manufacturer specifically removes VST 2.4 support. However, bear in mind that many companies are more actively developing and debugging their VST3 versions, whereas VST 2.4 versions are becoming more of an afterthought.

Eventually, developers may stop releasing VST 2.4 plug-ins once VST3 has taken over most of the world. Until then, you’re fine—note that some Windows programs still support Microsoft’s zombie DirectX format because there’s no deal-breaker reason not to support it.

You have to install VST3 plug-ins in a particular place on your system drive. There’s a preferred location (e.g., with Windows machines, it’s under Program Files > Common Files), but it’s not a rule. However I use the “standard” location because when you image your system drive, you back up your plug-ins. But you can usually install them where you want, and with Windows or Mac directory junctions can point the standard VST3 folder to any folder on any drive.

Only VST3 plug-ins can do sidechaining. Several hosts and plug-ins have implemented sidechaining with VST 2.4 for years.

VST3 has all lots of cool new features. If a product was developed exclusively for VST3, it will probably take advantage of at least some of VST3’s enhancements. Initially, though, many developers created VST3 plug-ins with only the same basic features as their VST 2.4 versions.

VST3 is a ground-up redo of VST 2.4 and is essentially a new platform, so now that we’ve busted a few myths, let’s look at some VST3’s unique advantages.

Sample accurate automation. The manufacturer has to implement this, but it’s a significant change compared to VST 2.4.

Dynamic I/O allocation. VST 2.4 plug-ins used to have a fixed number of inputs and outputs, but VST3 plug-ins can adapt to the channel configuration into which they’re inserted. Put the plug-in in a stereo bus, and it’s stereo. Insert it in a surround bus, and it’s surround. You can also create audio buses, which makes cross-modulation and vocoder applications easy to do. But again, the manufacturer has to implement these features.

Instrument output bus cleanup. In a related development, instruments with multiple outputs can take up a lot of unneeded mixer channels. With VST3, you can disable unused outputs yet re-enable them later if needed.

The featured image above shows the VST plug-in manager in Cubase 9.5. Note how in the Category, some plug-ins have been categorized as to the type of effect (e.g., Dynamics, Modulation). Highlighting a plug-in shows information about sidechaining, type of I/O, file path, and more.

Window resizing. This is certainly welcome, given that monitors have a wider variety of resolutions than when VST was introduced back in 1996.

Virtual instruments support multiple MIDI ports you can switch on the fly. This may not be earth-shaking, but it sure is convenient.

It’s easier to do a search and find your plug-ins. VST3 plug-ins have the .vst3 suffix instead of a generic suffix.

Plug-ins can have a dedicated “event bus.” Although at present this is designed for MIDI control input, there’s no reason why it couldn’t accommodate some future standard that’s not MIDI-based.

Multi-lingual design. All user-facing character strings are in Unicode format, which allows displaying characters in any language to facilitate localization.

Better MIDI event handling. This assists upcoming expansions to the MIDI spec, such as the per-note controllers in MIDI 2.0.

Just remember, VST3 isn’t a spec like AES/EBU interfaces or the Red Book CD—it’s a set of well-thought-out recommendations. Manufacturers can implement some VST3 attributes, no VST3 attributes, or all VST3 attributes. And some would say VST3 hasn’t reached its full potential yet. However, it has laid the foundation for the future of plug-ins, and it probably won’t be too much longer before most of the plug-ins you use follow the VST3 format.