/** * The header for our theme. * * Displays all of the section and everything up till
* * @package protopress */ ?> Sound Design with Guitar: Pads – Craig Anderton  |  Create · Innovate · Inspire
Skip to content 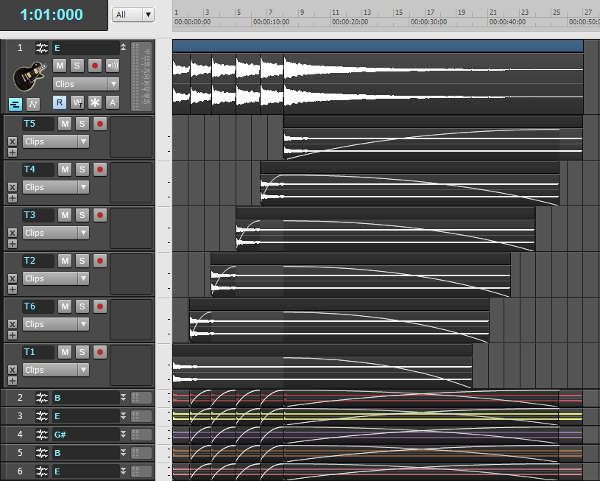 In the studio, pads aren’t only for keyboard players

Keyboard synthesizers and samplers are often the go-to choice for sound design, but with today’s technology, you can do some pretty amazing sound design with guitar. I particularly like to sample the guitar to create interesting effects that can drop into a song as needed, either as an imported file, or something that gets played from a sampler. For example, let’s look at how to create a sustaining, keyboard-like pad sound.

Once there’s a cool sound, bounce all the clips together into a single, stereo clip. You can record additional chords for a full octave of pads, but if your DAW has a quality pitch-shifting algorithm, you can probably cheat—copy the existing clip twice, then transpose one copy up a semitone and the other down a semitone. If you record chords at E, G, A# and C#, creating transposed copies can cover an octave. (You may be able to get away with transposing a single chord to cover an octave if you’re willing to tweak the transposed copies with EQ.)

Now you have an octave of pad sounds you can drag into a project whenever you need a sustaining background pad that serves the function of a keyboard—but it has the organic, evolving sound of a guitar. Feel free to right-click on the audio example and save it – it will loop perfectly.