/** * The header for our theme. * * Displays all of the section and everything up till
* * @package protopress */ ?> Positive Grid BIAS FX 2 and BIAS AMP 2 – Craig Anderton  |  Create · Innovate · Inspire
Skip to content 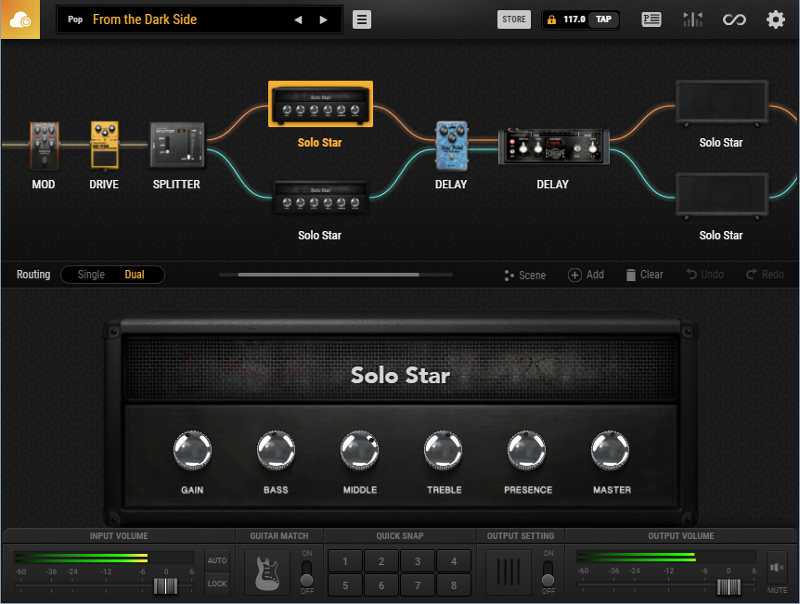 Positive Grid calls BIAS FX 2 a major upgrade – but what does that mean?

One of the great things about reviewing amp sims is that there are demo versions available. So, I don’t have to second-guess my opinions—if I like or don’t like something it doesn’t matter, because you can hear the sounds, and decide for yourself. Where reviewing does help is letting people know what a product does, so you can decide if you’re even interested in trying out the demo.

Well, this one came out of left field and I’m pretty impressed. I’ve always appreciated the BIAS AMP 2 Amp Match feature – it let me “profile” amp sims done with software keyed to specific programs so I could use them in any program. The accuracy of the simulation was surprising, to say the least. BIAS FX was of less interest to me; I have plenty of FX processors.

However, BIAS FX 2 has been promoted as a major update, so I checked out the Pro version (the middle tier, with Standard below it, and Elite above it). And it really is quite major – those who are familiar with BIAS FX will see a lot of differences in the BIAS FX 2 screenshot above.

First off, the amps sound way better. There’s still the usual situation of some amps I like and some I don’t, but for me, what’s important is the number of useable amp sounds. BIAS FX 2 has a lot of them, and they don’t make me want to reach immediately for a post-amp parametric stage to tune out the resonances. Some of the amps benefit from that, but overall, it’s a big improvement. Apparently the sound engine is now the same one used in BIAS AMP 2, but I find several FX 2 amps sound better—for example, in a head-to-head comparison of the British Rock 50 in AMP 2 and British Rock 50 V2 in FX 2, the latter came out way ahead to my ears. Perhaps the amps or cabinets themselves have been re-designed, even though the engine remains the same, but in some cases, perhaps the presets are designed better.

As with BIAS AMP 2, my favorite amps are the low gain and crunch. However whereas I didn’t particularly care for (or use) the BIAS AMP 2 high-gain amps, BIAS FX 2 has several I like: the BE 101, Ecstasy 101 V2, German Fire V2, Invader, and Slayer King. These aren’t in AMP 2. However, some amps that didn’t impress me initially, like the SLO SP88, benefited from simple tweaks—like moving a mic off-axis, or changing the mic type. So maybe we have the same sort of situation as some other sims, where “legacy” sounds remained relatively unchanged, but newer additions benefit from enhanced technology.

The effects have a more refined sound, the pitch-based ones track well, and parallel path construction is easy to do. There’s also a new feature called Guitar Match, which reminds me of Peavey’s (IMHO underrated) Audio Cloning Technology feature.

You profile your guitar by playing notes as specified, then BIAS FX 2 applies EQ to alter the characteristic sound. It’s quite effective, but you really need the Elite version to take full advantage of this – the Pro version gives you six models, the Elite version 12 more. Regardless, the six you do get are good, and may be all you need anyway.

So where does this leave BIAS AMP 2? Well, you can get much deeper into the amps with AMP 2; FX 2 is more like a “greatest hits” that doesn’t let you dig into the power amp, transformer tone stack, preamp, and other characteristics. They seem intended for different audiences—BIAS AMP 2 for the tweakers, FX 2 for the “I want some good sounds with effects and signal chains I can modify.”

As to BIAS AMP 2, I’ve often said that you need to wrestle with most amp sims to get them to do your bidding—the odds of getting a great sound “out of the box” are about luck more than the sim. As a result, the more parameters you can adjust, the better the odds of being able to find a sound you like. However, this also means it’s easy to go into “rabbit hole” land, where you hope that just a few more degrees of a turn on one parameter will achieve the sonic nirvana you seek…

BIA AMP 2, like all amp sims, has it’s “best amp sim ever!” fans and “sounds like ass” detractors. This may or may not have anything to do with how much they’ve tweaked it—for example, I really like the Clean tones a lot. The Blues amps also worked for me. The Crunch settings usually don’t grab me at first, but putting EQ at the head of the chain, and shaving off some highs and lows—while boosting the frequencies I want to have more touch-sensitive—usually takes care of what I want.

Generally with AMP 2, the more I poured on the gain, the harder it was to get the sound I wanted. The High Gain amps were still workable, but the Metal and Insane had a roughness and lacked detail. Pushing the clock rate up to 96 kHz helped, but the sound remained rougher than I’d like. For high-gain, I’d definitely pick the FX 2 models mentioned previously over what’s in AMP 2. Then again, AMP 2 has the “baby Kemper” amp profiling mode, which FX 2 doesn’t have.

I think it’s worth trying out the demos to see if AMP 2 or FX 2 float your boat. If you weren’t a fan of BIAS FX, BIAS FX 2 may change your mind. It has some really great sounds. The only annoyance is that if you don’t have the Elite version, you see grayed-out images of what you can’t use. Native Instruments did the same thing with different versions of Guitar Rig when it first came out, but later dropped it because people didn’t feel good about using the “lesser” product, and that impacted their view of what they did have. Perhaps BIAS should consider adding a toggle for “show/hide upgrade version modules.” Granted, it makes me want to spend the bucks for Elite – but from a practical standpoint, being presented with things you can’t use anyway increases the visual clutter when you’re trying to craft a preset.

That reservation aside, BIAS FX 2 falls firmly in the camp of traditional amp, cab, and effects emulation, with the Guitar Match a welcome bonus. It’s a major improvement over the original BIAS FX in pretty much every respect, and it’s well worth downloading the demo if you’re even remotely interested in what’s on offer.