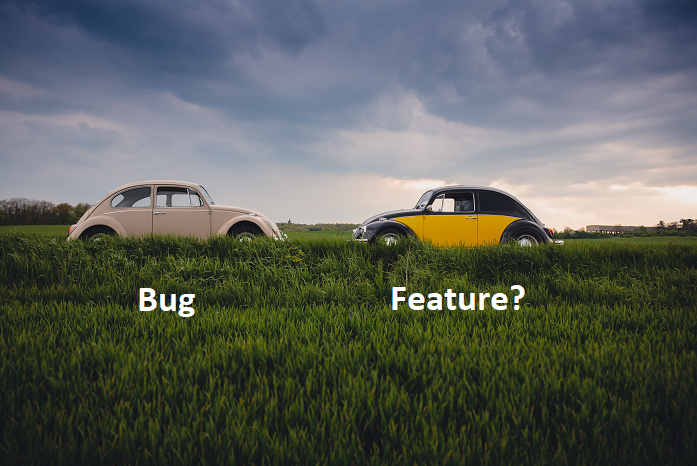 Sometimes, it seems that sometimes the only difference is perception

Sometimes companies can’t decide whether a feature is desirable or not. For example, Product A trumpets “transformerless output stage for clean, accurate sound” while Product B touts its “warm-sounding transformer outputs.” Then there’s the compressor that boasts “no VCAs or opto-isolators,” while another company spotlights its use of opto-isolators to get that “soft, vintage” squeezing effect.

Some people are so enamored of a particular approach that if you don’t agree with their assessment of what’s important, they think you’re a fool. But those who are more objective realize that it’s easy to have doubts about what is best, because no one can seem to agree about what exactly is best.

Take tubes. For a few years it was considered vital to have an all-digital signal path. Now it’s de rigueur to have at least some analog, preferably tube, in there somewhere. It’s not like tubes are a new technology, so why did they go away in the first place? This isn’t just an example of shifting public tastes. It’s proof that everybody is pretty much clueless about what makes for a pleasing sound.

And they never will, because what the human brain enjoys so much about sound are the zillions of variations. Our ears are extremely fine transducers—the eyes see only an octave of light, but our ears can resolve 8 to 10 octaves of sound, with an incomprehensively huge dynamic range.

Companies and musicians will strive for “the” sound that’s happening at the moment. But like a mirage, the closer you get to it, the more it vanishes…only to be replaced by a “new” sound. Remember when Prince’s Minneapolis sound was the freshest thing on the planet? Try that now, and you’ll just sound dated.

I have a 1966 pink paisley Fender Telecaster that cost a couple hundred dollars in the 70s because no one in their right mind wanted something so ugly and cheap. Then a decade later, people were willing to pay thousands for one in good condition. Did the guitar change? No.

What does change is peoples’ index of paranoia: the idea that somehow, they’re out of touch, making the wrong purchase, or not keeping up with the Joneses. If artist A just had a hit running a microphone through a fourteenth-hand Wollensak recorder, guess what the price for used Wollensaks will do on reverb.com?

Audio has entered an era where differences are quantitative rather than qualitative. Many people ask me for gear advice—the best keyboard, the best mic, etc. But you can get cool sounds out of any synth, and you can write a song with any guitar. Frankly, you’re just as justified buying a piece of gear because you love how it looks—all-tube signal path or not.

Playing with and debating about gear is fun, but the biggest improvement you can ever make to your studio is to become the person you really are, and make music that only you could make.