/** * The header for our theme. * * Displays all of the section and everything up till
* * @package protopress */ ?> Opinion: Do We Need to Be IT Professionals to Record Music? – Craig Anderton  |  Create · Innovate · Inspire
Skip to content 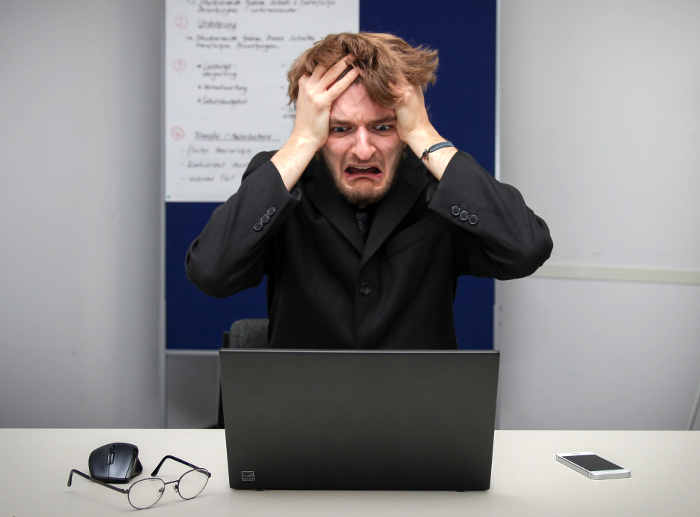 Computers are the new frenemy for recording

Maybe we do need to be IT professionals…

Recently, a friend of mine with musical chops that go on forever, and tours regularly, bought a brand-new, super-powerful Windows laptop. That’s a cause for celebration, right? Right?!?

Well it was, until he tried to re-create the setup from his previous laptop. First, he had to install his DAW. Hardly anything comes with distribution disks, let alone the optical drive for loading them, and when you have AT&T DSL…suffice it to say that downloading 15-20 GB or so of data is a multi-day-long adventure. So he took his laptop to a Starbucks with fast internet to do the downloading…although now he needed to get into “offline authorization” land. Eventually, he got that nailed but then installing all his plug-ins became the next issue. Some had challenge/response, some had dongles, some used iLok (“download your new license manager”), some used eLicenser (“download your new license manager”)…you get the idea.

Then once you have all your software, if you’re dealing with Windows you now need to optimize your computer. Oh right, the audio interface needs new drivers. (And please don’t say “Get a Mac,” because many issues involve third-party software, not the operating system.)

But this isn’t much different from the alleged “good old days.” Ever try maintaining a 24-track, 2″ tape machine? It ain’t pretty. Which is why I think that if you want to do recording on even a semi-professional basis with a Windows computer, it’s almost essential to have one build by a company that custom integrates computers for audio – and preferably, offers remote desktop support. When I’ve had intractable issues, remote support solved it.

(Yes, Macs are indeed less of a hassle. But times have changed, and Macs aren’t as innocent as they were back in the System 7 days. What’s more, even the most diehard Mac fan will concede that a Windows machine gives better performance for a given amount of money.)

Ultimately, a custom computer costs more. But it’s not even close to the price of a tape machine and tape. Professionals and semi-professionals can either keep beating themselves over the head trying to make these things work (and if you don’t believe people are beating themselves over the head, check out any DAW forum), or we can bite the bullet.

And what about hobbyists? Buy an iMac, just use it to run music software, and don’t look back. With Windows, dedicate a computer to music and once it’s set up, don’t be tempted to make it do anything else.

Years ago, I said that running a computer-based studio would only become more difficult in the years ahead. It has, and we have to admit that power comes with a price. But does anyone here want to give up that power? I didn’t think so!