/** * The header for our theme. * * Displays all of the section and everything up till
* * @package protopress */ ?> Let’s Bust Some Preamp Myths – Craig Anderton  |  Create · Innovate · Inspire
Skip to content 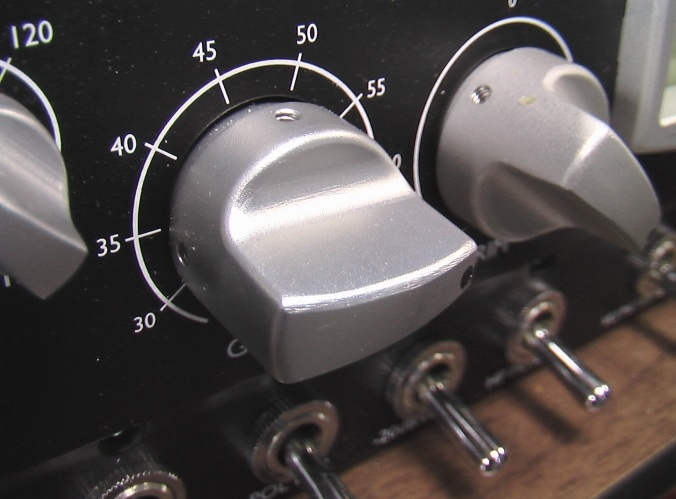 Are preamps really magical devices that can make or break a recording?

Preamps—like mics, speakers, and music business lawyers—are shrouded in mystery. They provide that all-important link between a mechanical transducer, such as a mic or guitar pickup, and the circuitry that follows it, such as a mixer or computer audio interface.

Buying expensive mic preamps for a home studio used to be considered out of the question, financially. But as the cost of recording has nose-dived, more disposable income has been freed up for devices like monitor speakers, mics, preamps, and other accessories. Furthermore, with many “owner-operator” studios where instruments are recorded one at a time, you need only one good quality preamp.

Preamps range from cheapo tube models to audiophile devices that cost thousands of dollars and sound like electronic silk. People get very passionate about their preamps, but that’s because there are distinct, subtle differences among the various types that even those without golden ears can hear. However, as with most “golden ear” topics, there’s a lot of mythology surrounding preamps—some of it true, some of it half-true, and some of it flat out wrong. Let’s sort out fact from the fiction.

A Class A amplifier, where one or more transistors are conducting current all the time, is theoretically capable of the lowest amount of distortion. Class B amplifier configurations, which are more common, use separate transistors to conduct a waveform’s positive and negative portions. They got a bad rep because in their formative years, there would be delays as the signal switched back and forth between the two transistors, thus leaving a “notch” in the waveform. (Class A/B amps tried to fix this by overlapping the conduction, but this wasn’t always an ideal solution.) However, modern Class B circuits can be designed with no audible, and often no significantly measurable, distortion; and they save energy because they don’t dissipate the amount of power Class A circuits require. Still, when only the best will do you can’t go wrong with a good Class A design.

THE HIGHER THE IMPEDANCE WITH GUITAR, THE BETTER

This is true only with passive pickups, and then only if you add “up to a certain point.” An excessively high impedance is more likely to pick up hum, noise, and other interference. Usually, an impedance of 500 kΩ to 1 MΩ is more than sufficient to avoid loading down a guitar with passive pickups. (Note that mics with built-in preamps, and guitars with active electronic,s are relatively unaffected by the input impedance of subsequent stages.)

HIGH-IMPEDANCE INPUTS ARE THE ONLY WAY TO GO WITH GUITAR

Not always. Lower impedances reduce a passive pickup’s high-frequency response and overall level, but this may be desirable if you’re feeding a subsequent distortion stage. Rolling off the highs by loading down the pickup can produce a creamier distortion effect. In fact, Radial Engineering makes some direct boxes and preamps with “drag” controls that emulate the effect of having a low input impedance. You can also build your own low-cost box to provide this effect.

Many people prefer the sound of tubes not because they sound more accurate, but because they can color the sound in a subjectively pleasing way. Tubes add a natural compression, possible slight high-frequency reduction due to the “Miller effect,” hiss, and harmonic accentuation. With solid state, a well-designed preamp—whether using bipolar transistors, FETs, or integrated circuits—can certainly sound transparent and accurate; although conversely, there are some highly skilled tube designers who make extremely accurate tube-based products. In any case, even though computer emulations of tubes get better all the time, there’s still nothing quite like a tube sound.

Yes, but I think a more accurate phrasing is that the mic has a huge influence on the how the preamp sounds—a preamp may have a certain “color” with one mic, but not with another. This is because a dynamic mic presents an inductive load that could interact with the preamp’s input stage, which can alter the overall frequency response. Some preamps have adjustable input impedances, so you can dial up the best sound for your particular set of mics.

That’s true if you’re installing telephones, where the object is a maximum transfer of power. What we want is a maximum transfer of voltage, which means that for the most accurate signal transfer, a stage’s output impedance should be 10-20% the impedance of the stage it feeds. However, note that with passive guitar pickups, the impedance changes with frequency; the high frequencies exhibit a higher output impedance than low frequencies (this is why low impedance inputs reduce highs). Add other variables to the equation, and it’s no wonder different combinations of gear can sound very different.

All things being equal, manypeople can hear the difference between a high-end boutique preamp, and the “let’s-hit-a-price-point” preamps found in, say, budget mixers. However, that doesn’t necessarily mean one will sound “better” than the other. Certain combinations of preamp, mic, and cable may lead to an inexpensive preamp sounding better for that particular combination of gear, or with a particular signal source. So, even if you have a really great preamp that cost as much as the GNP of some third-world nation, try out some of your other preamps as well. They may do the job better in some cases – in a blind-test shootout conducted by Sound on Sound magazine, “golden ear” reviewers preferred the sound of an inexpensive ART preamp.

The bottom line on preamps is simple: You can’t really go too much by other people’s advice, unless you’re recording the same type of material using the same gear. Subtle differences among devices might sway you toward one or the other. In any event, though, try out as many preamps as you can. At some point, you’ll find the one that sounds best to your ears.