/** * The header for our theme. * * Displays all of the section and everything up till
* * @package protopress */ ?> How to Use Jamstik+ as a MIDI Guitar Controller – Craig Anderton  |  Create · Innovate · Inspire
Skip to content 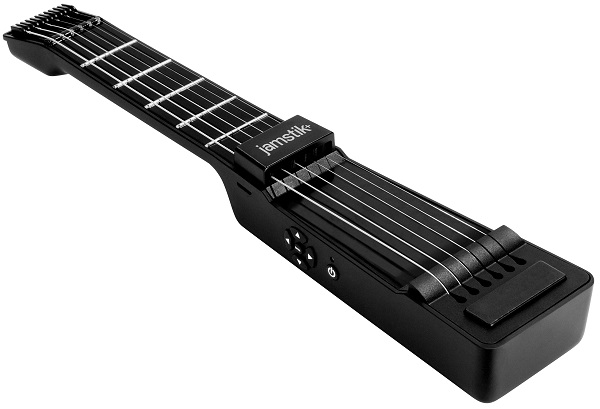 Although invented more as a way to learn guitar, the Zivix Jamstik+ can also trigger virtual instruments via MIDI

Jamstik+ from Zivix is an interesting solution for guitarists who want to play MIDI instruments. While it’s not a guitar, it feels mostly like a guitar because it has real strings, a neck, and frets—but it doesn’t make any sound. On the plus side, you don’t have to change or tune the strings. Also, the basic version has only five notes, so it’s more of a “first-position chords” guitar. You can’t go much past a barre G or first position A played as C, and of course, playing leads high up on the “neck” is not possible, although you can transpose the range over which it plays.

Because it’s physically small you’ll need to use the included strap, and it’s a little harder to work your way around the neck than a guitar. However, it doesn’t take long to acclimate yourself and if you want to lay down a MIDI part based on playing rhythm guitar, you’re good to go. Just remember a few tips: