/** * The header for our theme. * * Displays all of the section and everything up till
* * @package protopress */ ?> How to Solve VST Scan Problems – Craig Anderton  |  Create · Innovate · Inspire
Skip to content 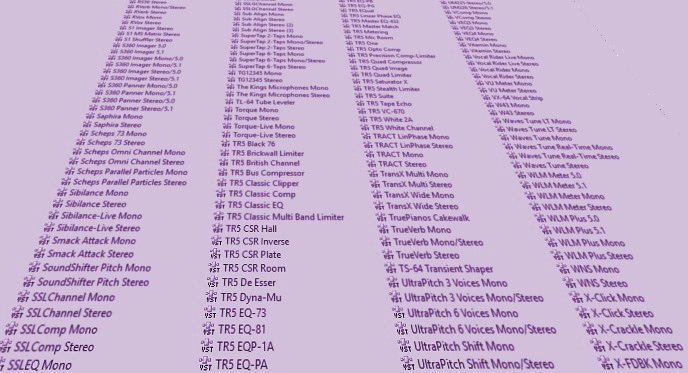 If certain plug-ins don’t get along with your DAW, here’s a way to ferret them out

I have a lot of plug-ins. As in, a lot, and some of them are old or haven’t been used much, so they hadn’t been updated. Recently, I installed the latest version of Vegas Pro (an excellent program, by the way) but when doing the initial scan, it would get waylaid by certain plug-ins, requiring me to start the scan over again.

If this happens to you, first check whether a plug-in’s splash screen is hidden, and asking for some kind of input on your part. Sometimes I’ve sat around for 15 minutes until it finally dawned on me that the plug-in was waiting for a response, like “Your MIDI configuration has changed. Do you want to re-connect with your MIDI keyboard?.” In Windows, check the Taskbar to see if something wants your attention.

If that’s all you need to fix the problem…great! Otherwise, here’s your answer.

The solution: I renamed all folders containing VSTs so Vegas wouldn’t see any folders that matched the existing scan path. Because there were no plug-in other than what came with Vegas, the program opened right up. Then I renamed one folder at a time back to its original name, closed the program after each rename, and re-opened to find out if that folder had the problematic plug-in.

Eventually, the problem turned out to be some plug-ins that were locked to a particular program from a different manufacturer, and apparently threw a hissy fit when any other program tried to open them. I isolated them to their own folder, placed that in only their host’s scan path, and all was well.