/** * The header for our theme. * * Displays all of the section and everything up till
* * @package protopress */ ?> How to Obtain Transparent Compression – Craig Anderton  |  Create · Innovate · Inspire
Skip to content 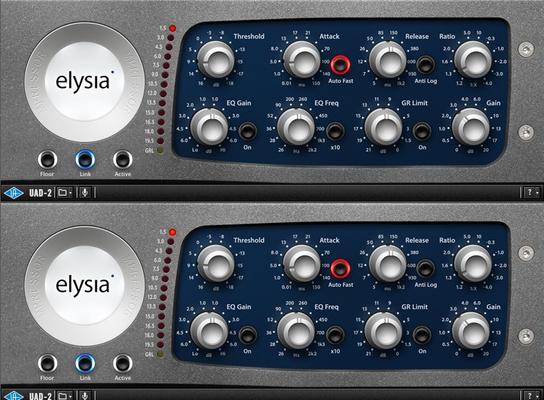 When you want gentler, more transparent compression, here’s the answer

The reason compressors produce pumping, breathing, and other artifacts is because they have to work too hard. If the compressor is seesawing back and forth between no signal, too much signal, applying gain control, releasing gain control, figuring out which part of the knew to track…well, I’m getting tired just thinking about it.

If you want truly transparent compression, parallel compression can help but the most effective method I’ve found, particularly for vocals, is placing two compressors in series, with both set for light compression. When adjusted properly, the result is a significant amount of compression but the sound will be less obvious than using a single compressor to give the same amount of compression. The first stage doesn’t have to work too hard, and it “pre-conditions” the signal so that the second compressor doesn’t have to work too hard, either.

The main drawback is that unlike standard compression, where you need adjust only one set of controls, the à la carte approach requires adjusting two sets of compressor. While this might seem like a disadvantage, most of the time you’ll set them to similar settings anyway. You may even find that you can save the first compressor’s settings as a preset, and just load the same preset into the second compressor.

You might also think there would be added noise, but in practice, that doesn’t seem to be the case; because of the division of labor between the two compressors, they also divide the amount of noise they generate.

So next time you want really transparent compression on vocals, try the dual compressor approach—and it works on other signals, too.