/** * The header for our theme. * * Displays all of the section and everything up till
* * @package protopress */ ?> How to Lower Computer Latency – Craig Anderton  |  Create · Innovate · Inspire
Skip to content 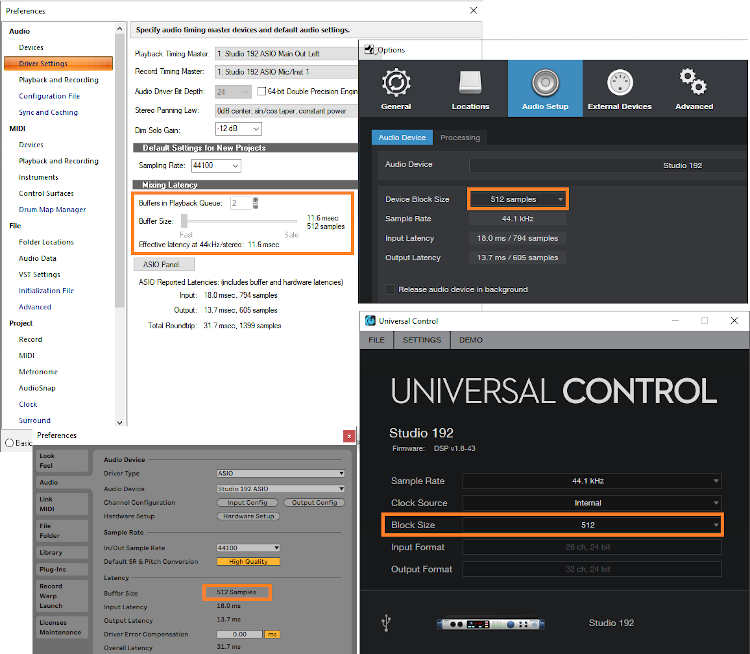 The lower the latency, the better the “feel” with amp sims and virtual instruments

When you plug your guitar into a computer and process the sound with amp sims, or play a virtual instrument from a keyboard, you’ll experience latency—the time between hitting a note and hearing it. Actually, you experience it with amps too: Sound travels at about 1 foot per millisecond, so if your amp is 5 feet away, there’s about a 5 millisecond delay before you hear the note you played.

The main reason for latency is the computer’s need for a sample buffer. Audio is a continuous process; you can’t have any interruptions. But computers do a zillion things at once—check the keyboard, send signals to the monitor, arbitrate priorities, etc. So, the computer stores several milliseconds of audio samples in a memory buffer. If the computer has to rush off to some other task, there’s some audio in reserve, so audio can continue streaming.

If the buffer runs out of samples, your audio will crackle, pop, sforzp, or die altogether—not good. But increasing buffer size means more latency. So, you have to find the sweet spot between minimum latency and maximum reliability.

The spec for latency is given either in milliseconds or samples. Milliseconds are more convenient, but most interfaces use samples. Does it matter? No, because all you care about is finding the sweet spot. So…