/** * The header for our theme. * * Displays all of the section and everything up till
* * @package protopress */ ?> How MIDI’s Local Control Function Can Cause Problems – Craig Anderton  |  Create · Innovate · Inspire
Skip to content 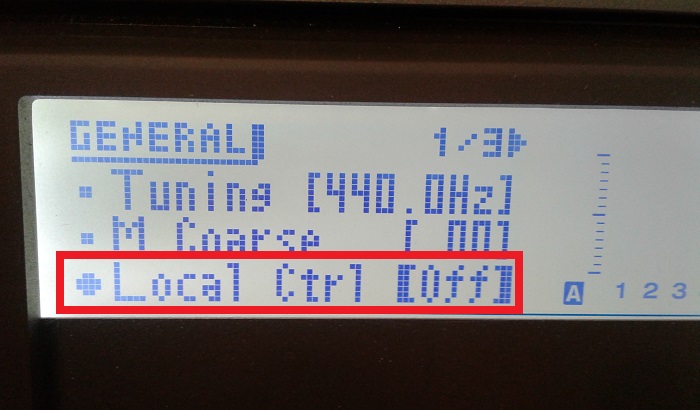 Learn when to use – and not use – this important parameter

Sometimes you don’t need an external, dedicated MIDI controller—the one in your favorite synth may be all you need, and you can also take advantage of the keyboard’s built-in sounds. The keyboard usually feeds data to the synth’s MIDI out, but also to its internal sounds. Sending data to its sound generator is called “local control.”

Another potential problem is that some sequencers try to be considerate—they default to sending a local control off command to prevent double-triggering, because they assume that if you’re using a synth as a controller, you don’t want double triggering. But this means that if the sequencer isn’t echoing the MIDI input to the output, you won’t hear the synth when you play until you turn on local control—or boot up your DAW.

Local Control On: Use when playing the keyboard by itself, or if connected to a DAW where MIDI Input Echo is not enabled.

Local Control Off: Use when controlling a DAW where MIDI Input Echo is enabled.