/** * The header for our theme. * * Displays all of the section and everything up till
* * @package protopress */ ?> Guitar Cord Basics – Craig Anderton  |  Create · Innovate · Inspire
Skip to content 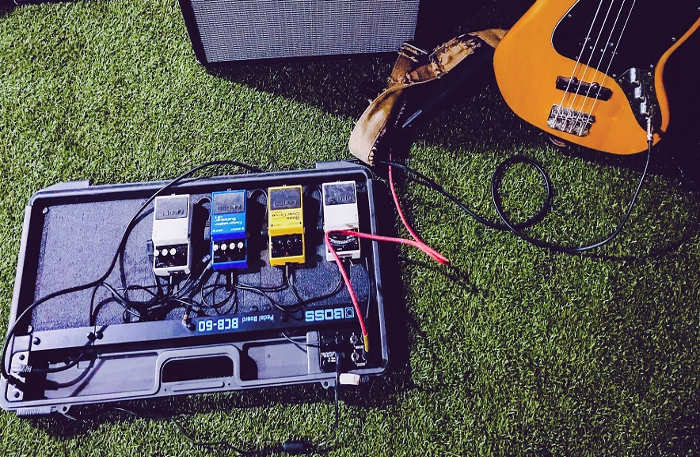 Because of impedance issues, cords may not be as basic as you think

Although some would ridicule the idea that guitarists can hear differences in cables (after all, isn’t wire just wire?), different guitar cords can definitely affect your sound. Some of these differences may actually be fairly drastic, but it’s not some mystical, wine-tasting kind of difference. There’s a technically valid, repeatable reason why cables don’t necessarily all sound the same.

However, cords that sound very different with one amp may sound identical with a different amp. The pickups being used can also influence the kind of “sound” that a cord imparts. It’s no wonder some guitarists verge on the superstitious about using a particular pickup, cord, and amp combination, and are afraid to make any changes. But one you learn why these differences occur and how to compensate for them, you’ll find it much easier to get the sound you want, every time.

Even before your guitar hits its first effect or amp input, much of its sound is already locked in due to three elements:

We’ll start with cable capacitance, since that’s a fairly easy concept to understand—it’s nothing more than a second tone control applied across your pickup.

Any cable exhibits some capacitance—not nearly as much as a tone control, but enough to be significant in some situations. However, whether this has a major effect or not depends on the two other factors (guitar output impedance and amp input impedance) mentioned earlier.

When sending a signal to an amplifier, some of the signal gets lost along the way — sort of like having a leak in a water pipe. Whether this leak is a pinhole or gaping chasm depends on the amp’s input impedance. With stock guitar pickups, lower amp input impedances load down the guitar and produce a “duller” sound (interestingly, tubes have an inherently high input impedance, which is maybe one reason for the tube’s enduring popularity with guitarists).

Although a high amp input impedance keeps the level up and provides smooth tone control action (the downside is that high impedances are more susceptible to picking up noise, RF, and other types of interference), it also accentuates the effects of cable capacitance. A cable that robs highs when used with a high input impedance amp can have no audible effect with a low input impedance amp.

So what does all this mean? Here are a few guidelines.

Low guitar output impedance + low amp input impedance: Cable capacitance won’t make much difference, and the capacitor used with a standard tone control may not appear to have much of an effect. Increasing the tone control’s capacitor value will give a more pronounced high frequency cut. (if you replace stock pickups with active pickups, keep this in mind if the tone control doesn’t seem as effective as it had been.) Bottom line: you can use just about any cord with impunity.

High guitar output impedance + high amp input impedance: This is the common, 50s/60s setup scenario. Cable capacitance can have a major effect. In particular, coil cords have a lot more capacitance than standard cords, and can mean a less bright sound—it might be warm, or it might seem muffled. However, the amp provides minimum loading on the guitar, which helps to preserve high end “sheen” and overall level.

IN SEARCH OF CONSISTENCY

For a consistent-sounding guitar setup regardless of what cable you use (and is also relatively immune to amplifier loading), consider replacing your stock pickups with active types. Alternately, you can add an impedance converter (“buffer board”) right after the guitar output, or add any effect (compressor, distortion, etc.) that has a high input impedance and low output impedance.

If you’re committed to using a stock guitar and high impedance amp, there are still a few ways to help preserve your sound.

Remember, if you guitar doesn’t sound quite right, don’t immediately reach for the amp: there’s a lot going on even before your signal hits the amp’s input jack. And if a guitarist swears that one cord sounds different from another, that could very well be the case — however, now you know why that is, and what to do about it.