/** * The header for our theme. * * Displays all of the section and everything up till
* * @package protopress */ ?> Bose S1 Pro Portable PA System – Craig Anderton  |  Create · Innovate · Inspire
Skip to content 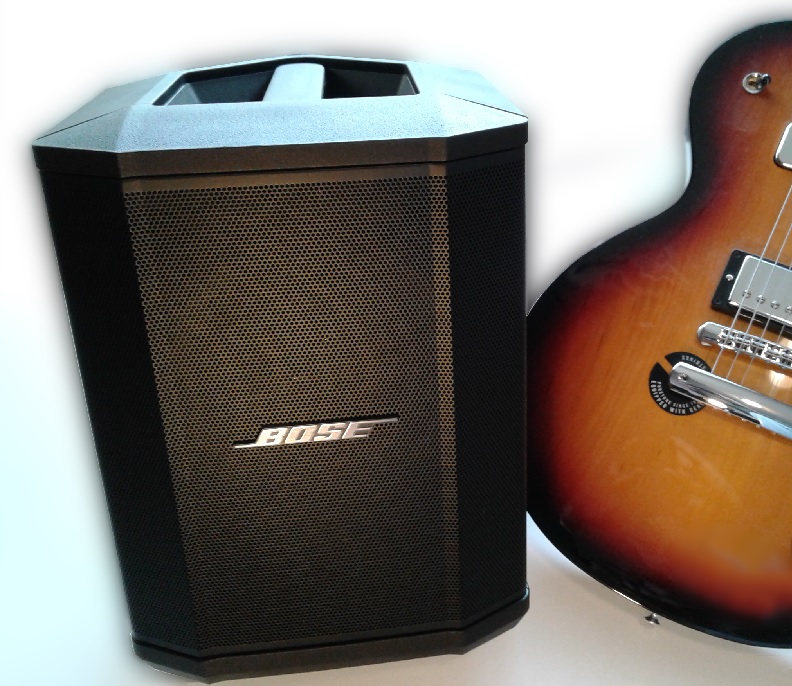 I’ve used the Bose L1 system as a personal PA and also a guitar amp for years. Despite my initial skepticism (can a sound column like that work?), it has more than proven itself over time. So when the S1 appeared, while it’s not quite the same type of product as a column speaker, I couldn’t help but wonder if it worked as well as Bose claimed.

When I first saw the S1, I assumed it would put out a sound level commensurate with its size—but the levels, and quality of sound, are out of proportion to the size. As to the inputs and controls, the design is tilted toward singer/songwriters: there are two main input channels (with XLR combi jacks, bass, treble, guitar/mic ToneMatch, reverb, and channel on/off). However, the frequency response is suitable for arranger keyboards, light-duty DJ applications (place the S1 against a wall, in a corner, or on the floor on a hard surface to emphasize the unit’s natural bass), and even electronic drums.

Of course, whether the S1 will do what you need depends on how much of a room you’re trying to cover. If it’s a typical restaurant, or a venue with a few hundred people, you’re covered. But if it’s a rowdy bar where people are yelling and screaming their heads off, that’s a different matter.

The S1 Pro updates the original S1 by including the formerly optional-at-extra-cost ($99) Li-On battery as a standard part of the package. It offers about 11 hours of playing time at normal volume levels, which almost doubles that the original battery could deliver. The battery charges while the unit is plugged in; there’s also a Quick Charge mode, you can’t play through the unit when this is happening. It’s probably most useful as a way to top off the charge during breaks, if needed.

I appreciate that the battery is user-replaceable (it’s just two screws), not just for environmental reasons, but because if you keep a spare charged, you’re covered in case you forgot to charge the main battery.

In addition to the main inputs, there’s an additional channel that can choose between a 1/8” analog input or Bluetooth. This is handy for breaks, pre-show music, or streaming playlists from smart phones (note that the S1 also works with the Bose connect app for Android and iPhone). However, there are no controls other than pairing and volume, so EQ adjustments need to be made at the source.

Bluetooth and portability are also a good combination for portable partying, whether you’re into boats, pool parties, events, and the like.

Now let’s segue from more consumer-oriented applications back to performing. The S1 also serves as a floor monitor, because it has an accelerometer to sense the unit’s position, and adjust EQ accordingly. This is why Bose referes to the S1 as “multi-position” —place the unit on the floor and angle it up at the audience, put it on its side like a monitor wedge and face it toward the musician, or sit place it on a pole for better crowd coverage.

The S1 also has a baby version of Bose’s ToneMatch feature, which is their name for fixed equalization options that are optimized for particular signal sources—in this case off, guitar, and mic. In conjunction with the bass and treble equalization it’s reasonably effective, although not as much as a the full-blown ToneMatch system.

In use, the S1 has a surprising amount of low end when sitting on the floor. I needed to roll off the bass all the way with both acoustic and electric guitar with humbuckers. For the most balanced response, pole-mount the S1. This also optimizes projection. Also note there’s a line out if you want to feed a second S1 or other “personal PA” (or send audio to a recorder).

For vocals, the ToneMatch is voiced for dynamic mics—not surprising, because the S1 doesn’t have phantom power for condenser mics. The bass rolloff was enough to undo the proximity effect of a close-miked SM58, and surprisingly—given the SM58’s natural lack of brightness—boosting the treble wasn’t necessary. When miking instruments at more of a distance, the bass didn’t need much rolloff, and a little treble boost brought out the definition. Granted the EQ is limited, but I was able to obtain the sounds I wanted.

Finally, don’t find reverb particularly useful for most live situations, although sometimes a touch of ’verb can be helpful as a room fills up.

The S1’s main appeal is lots of sound in a compact package, but you can enhance what it does with equally compact effects, like TC-Helicon’s VoiceLive Play or the Zoom MS-50G. In that context, the S1 is indeed about sound reinforcement. Assemble a collection of mic, cables, effects, and instrument, and you’re good to go.

$599 may seem pricey…but here’s a situation where “you get what you pay for” works to your advantage, especially now that the battery is part of the package. There’s no question that the S1 Pro is designed to fill a particular niche: if you want more power, you need bigger. If you want more power, you need to spend more money. But if you need a system that’s compact, light, portable, and able to fill smaller venues with surprising ease given the size, the Pro S1 checks all the boxes.