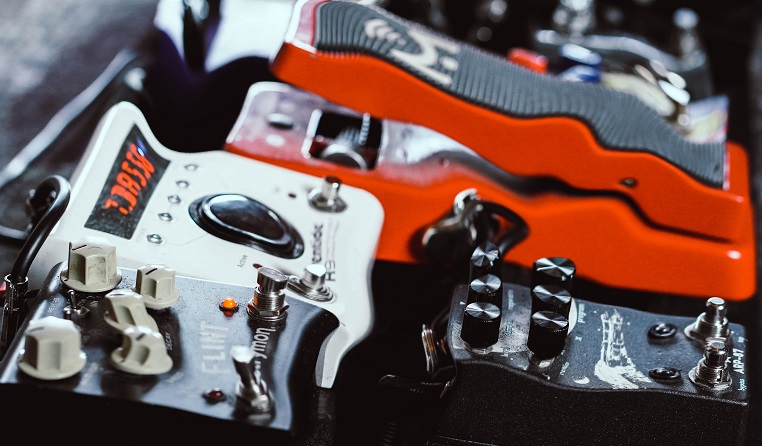 There are standard ways to arrange the order of effects—like compressor before distortion. But you already know that, so let’s look at how to improve your amp sim sound by doing what we’re not supposed to do.

Cabinet > Crunchy/Distorted Amp > Cabinet. You still want a cabinet after the amp, but putting a cabinet before the amp can “focus” the guitar’s sound by taking off some of the highs and beefing up the mids and lows. Bypass the amp and post-amp cabinet, then try different pre-amp cabs until you find one that “fattens” the guitar sound by itself. Enable the amp and post-amp speaker, and you’ll likely hear a more focused sound.

Distortion Stomp Box > Cab. No law says you must include an amp. Use a fuzz, like a Muff Pi or Rat emulation, and try different cabs. You’ll hear a different, and sometimes sweeter, distortion sound compared to distortion > amp > cabinet.

Amp > Cab > Cab. It’s tough to design a cab to sound right, and you’ll often hear a sort of plastic, “filtered” tone. Try two different cabs, like a 1 x 12 followed by a 4 x 12. With the right cabs, you can end up with a fatter, smoother, and more even-sounding tone. However, the two cabs in series will tend to boost the bass and diminish highs, so add EQ afterward. Try a broad boost in the 2-8 kHz range, and and then roll off gently in the bass range. Tweak the EQ as needed until the resulting sound sits better in a mix.

Tremolo > Overdrive. Tremolo after overdrive gives the most dramatic “slicing” effect. But I prefer placing it before overdrive causes the higher levels from the tremolo to distort more, and the lower levels to distort less, giving a subtler, more nuanced sound. The only drawback is you can’t use a lot of distortion, because that nukes the tremolo effect.