/** * The header for our theme. * * Displays all of the section and everything up till
* * @package protopress */ ?> 5 Compression Tips for Vocals – Craig Anderton  |  Create · Innovate · Inspire
Skip to content 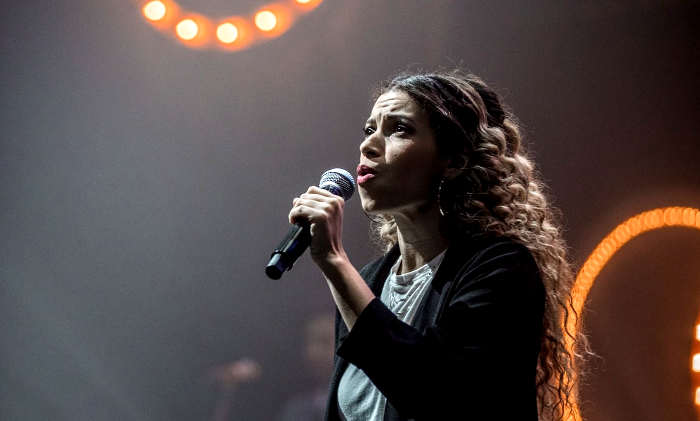 There’s no shortage of “pro vocal compressor tips” on YouTube and other places, but a lot of them cover the same ground. In this article, let’s look at some crucial compressor characteristics that may not have gotten the attention they deserve elsewhere.

1 BE SKEPTICAL OF COMPRESSOR PRESETS

A dynamics processor’s effect depends on the input level. It stands to reason: if the input level is low enough not to exceed the compressor’s threshold, no compression will occur. But if the level is above the threshold more than anticipated, the preset will squash the sound.

Unless you know the input level for which a preset was optimized, be wary. Although many presets assume an input level where peaks reach 0 dBFS or close to it, that’s not always the case. Feel free to start with a preset, but vary the all-important input gain control until your ears tell you the preset is acting as it should. Even better, practice with compressors enough to develop your own presets—and optimize them for a consistent input level.

With many vocalists, a rounder knee is best because it provides a more transparent compression effect when the signal transitions from uncompressed to compressed. However with more staccato vocals, a harder knee clamps down levels more tightly, which can provide more of a sense of urgency.

3 WHY ATTACK TIME IS IMPORTANT

The shorter the attack time, the more the compressor clamps down on transients. However, those transients play a major part in determining a vocal’s intelligibility. If the consonants at the beginning of vocal phrases aren’t coming through clearly and distinctly, lengthen the attack time—try around 30-40 milliseconds.

4 USE BYPASSING AS A REALITY CHECK

Bypass the compressor often to compare the unprocessed and processed vocal sound. But the comparison needs to match peak levels, especially if you’re using compression to gain more headroom (otherwise, matching RMS levels might be a better choice). Adjust the compressor’s output gain control so that the compressed vocal reaches the same peak level as the dry vocal—that’s the only realistic way to hear how compression is affecting the overall gain reduction on the vocal’s peaks.

Many compressors incorporate special features to achieve a competitive advantage. Some of these include:

Finally, remember that no law says you have to use compression on vocals. Sometimes good mic technique, a singer with dynamic control, and a little limiting is all you need to get a natural, vibrant sound.