/** * The header for our theme. * * Displays all of the section and everything up till
* * @package protopress */ ?> Make Digital Synths Sound More Like Analog Synths – Craig Anderton  |  Create · Innovate · Inspire
Skip to content 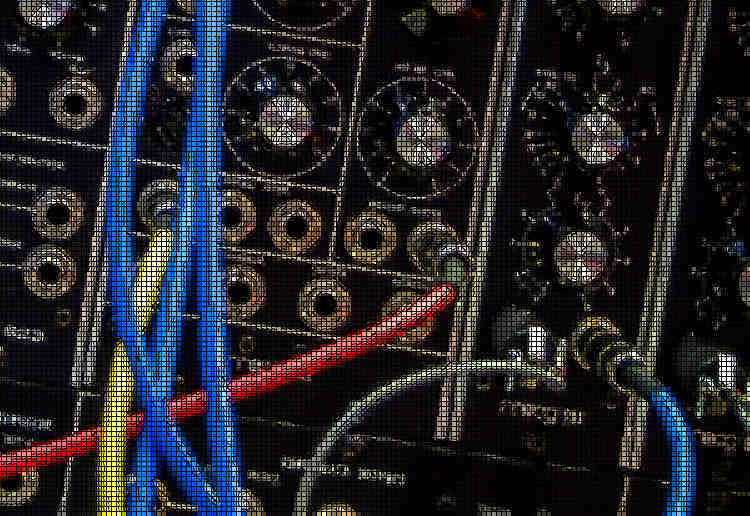 It may be a digital world, but you can add analog sound qualities to digital synthesizers

It’s perhaps no coincidence that the analog synth revival struck just as digital recording revved up. Bright, digital synths made a good match for inherently dull analog tape, while analog synths work well with full-frequency response digital recording. If you kept all those analog dinosaurs that people laughed at in the 80s, or have enough disposable income to buy these vintage pieces for exorbitant prices, great! But if all you have is a selection of digital synths, don’t give up on sounding analog just yet. Here are some tips to make your digital synths record just a bit more like analog synths.

Even when set for minimum attack, no sustain, and instant decay, the Minimoog envelope exhibits a slight hold time at maximum level before the decay starts. This may be what gives the Mini its punchy sound, because it hits your ears full blast for a little bit at the beginning of the note — not unlike limiting.

With sustained sounds, you can create the same effect with any digital synth using time/level envelopes by setting the first two levels to maximum, and programming a bit of a hold time (around 20-30 ms) before the rest of the decay kicks in. You’ll probably need to make the same change to a filter envelope, if available.

If your synth doesn’t read out time in ms but instead uses SANs (Silly Arbitrary Numbers), don’t panic. After setting the first two levels at maximum, turn the other levels all the way down. Next, adjust the time between the first and second levels (called “T1” on most envelope generators) for a bit more duration than a click, but less than an obvious note or tone. Finally, program the rest of the envelope. Fig. 1 shows a typical “punch” envelope, with the hold time outlined in yellow.

Analog synths tend to have less high end due to the signal going through a lowpass filter at all times. Digital synths have a pretty extended high end and their higher frequencies are somewhat more distortion-prone due to aliasing, which can give a raspy sound instead of the warmer analog sound.

Anything that cuts highs slightly from your digital synth will warm it up, including tone controls, outboard equalizers, simple tube preamps, mixer hi-cut filters, etc. At first the sound will seem dull by comparison, but let your ears get acclimated. Not every sound needs high-frequency “zing” (just ask any guitarist playing a Les Paul through a stack of Marshalls). In fact, you can often bring duller sounds up more in the mix (great for leads) without them sounding harsh or strident.

One of analog’s charms is the slight detuning that occurs from component values drifting due to aging, temperature fluctuations, changes in planetary positions, and whether the refrigerator just kicked in next door. This drift is most noticeable with multiple oscillator patches, because it creates a “humanized” chorusing effect.

Digital synths have inherently perfect tuning, but an easy antidote is to assign velocity and/or pressure as pitch modulation sources. The amount should be very small — just a few cents variation — and one oscillator should go slightly flat while the other goes slightly sharp (negative and positive modulation respectively – see Fig. 2).

As you play, small pitch changes will occur that add more character. It’s also a good idea to tune one of the oscillator’s 1 or 2 cents flat, so even with no velocity modulation, the sound is a very tiny bit out of tune. (Note: some Yamaha FM synths, including the TX802 and DX7 Mk II, had a built-in pitch randomizing option. However, I prefer variations that correlate to your playing. It may be less “analog,” but it’s more expressive.)

Include Tape Emulation or Distortion

Even though synthesizers were often recorded direct, the sound we associate with analog synths is often the sound of a synth being played back from analog tape, which added its own sound quality. Tape and console emulation software is helpful in reproducing this effect, but keep it subtle.

Use Amp Sims for a “Studio Sound”

When synths weren’t recorded direct, sometimes they were plugged into guitar amps. The typical backline amps in those days were Fender Twins and smaller Vox amps, and while adding a digital amp to create a more analog character with digital synths may sound counter-intuitive, it really can help give the sound associated with vintage synths.

Layering analog waves with sampled ones can work wonders. For example, remember those smooth, dreamy string synthesizer sounds of the 70s? They were usually based on pulse and/or sawtooth waves. Layering these with real string samples produces a result that is more smooth and “analog” sounding than the sampled version, but has a more contemporary sound than the purely analog waves.

Many digital synths offer a monophonic keyboard mode where only one note plays at a time, just like the vintage, steam-powered synths that were all the rage during the 1800s. This really helps get you into a Minimoog kinda mood, but also note that this mode frequently allows for portamento, the gliding effect that was such a big deal in the 70s. In fact, that sound has become so identified with early synths that adding a bit of portamento to just about any digital sound makes it seem more analog.