/** * The header for our theme. * * Displays all of the section and everything up till
* * @package protopress */ ?> Better Guitar Sounds from Piezo Pickups – Craig Anderton  |  Create · Innovate · Inspire
Skip to content 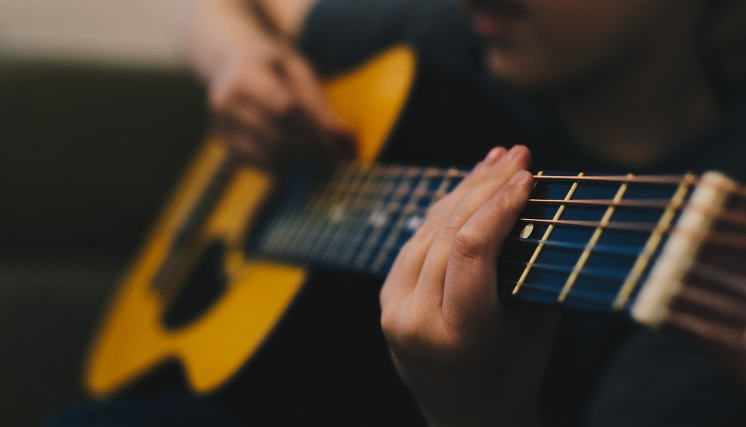 There are two common ways to capture a mono acoustic guitar sound: use a mic positioned about 6″-12″ directly in front of the 14th fret, and angled so it’s pointed toward the fingerboard between the body’s edge and the sound hole; or with a piezo pickup. But you’ve probably noticed that what comes out of a piezo doesn’t sound like a miked guitar. The reason is that in some ways, a piezo is too accurate—however, some strategic EQ can give more of a miked sound.

In Fig. 1, the upper plot shows a miked acoustic guitar’s spectrum, while the middle plot shows the piezo’s spectrum.

The miked output has a major boost around 165Hz that corresponds to the body’s “acoustic filtering” (the guitar is a Gibson J-45). You’ll find a characteristic low-frequency bump when recording virtually any acoustic guitar, and capturing that bump is part of the sound; there’s also a slightly higher-frequency dip above this bump.

The piezo not only misses the bump’s peak, but the frequency response extends much lower, giving a “boomy” sound. Also, the piezo’s high frequencies are more pronounced because piezos tend to have a natural brightness. Finally, in the miked version, there’s a bit more energy in the upper mids. These differences are why a miked guitar often “sits” better in a track than one recorded with a piezo, as the miked version occupies a narrower part of the frequency spectrum.

While a piezo can’t be made to sound exactly like a miked guitar, Fig. 2 shows how EQ can tailor a piezo’s sound. The highpass filter uses a steep, 30dB/octave slope to roll off lows starting at around 116Hz, while the lowpass filter reduces highs starting at around 9.3kHz with a gentler, 18dB/octave slope. The Low parametric stage boosts at 161Hz, the Lo Mid cuts at 460Hz, and the high section lifts the upper mids a bit around 3.1kHz. Note how in Fig. 1, the EQ’ed piezo plot at the bottom is much closer to the miked sound.

To tighten up the sound further, try adding multiple notches to help simulate the effect of sound bouncing around in the body and room; for a little more sparkle, add a subtle high-frequency boost (Fig. 3).

The results make a substantial difference, but hearing is believing—so check out the audio example.