/** * The header for our theme. * * Displays all of the section and everything up till
* * @package protopress */ ?> Mess Up Your Guitar Sound with this Lo-Fi Project – Craig Anderton  |  Create · Innovate · Inspire
Skip to content 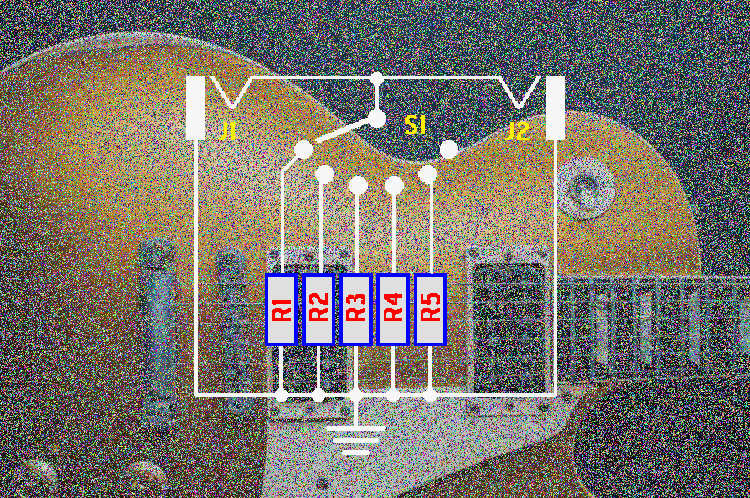 Don’t take a load off your guitar—add one on!

When mixers, audio interfaces, direct boxes, and all-in-one recording “workstations” started including high impedance inputs for guitar, it seemed like a good idea. After all, high impedance—a characteristic of tube amp inputs—avoids loading your guitar’s pickups. This loading can dull the tone and reduce volume.

But some guitarists prefer the loading effects of a low impedance input, as found in many solid-state amps and effects boxes. The high frequency reduction can contribute to a smoother, rounder sound when feeding distortion and overdrive boxes.

If you find your fi a little too hi, don’t fret — reclaim your duller, vintage solid state tone with this cheapo do-it-yourself box. As the parts list and schematic show, it’s ridiculously simple and doesn’t even use power. As long as you know which end of a soldering iron to hold, you can probably build the Lo-Fi Converter.

Note, however, that this box only applies to standard, passive pickups. It won’t have any effect with active (preamplified) pickups.

How to Build the Lo-Fi Converter

Drill three 3/8” holes in the box: two for the jacks and one for the switch, a 2-pole, 6-throw type. We’ll use only one of the poles, which connects to each jack’s hot connection. Leave one of the switch throws unconnected. Connect one end of a resistor to each of the other throws, then run a ground wire from the other resistor ends to the jack grounds. Done!

Plug your guitar into either jack (the two jacks are interchangeable), and patch the other jack to the high impedance input you’d like to degrade. With the switch set to the unconnected throw, the circuit doesn’t affect your signal because the input jack connects directly to the output jack. Different resistors load the signal by different amounts, with the 4.7k resistor causing the greatest loading. When using the lower-valued resistors, you’ll probably need to turn up overall volume to compensate for the loss in level.

Experiment to find out which amount of loading works best for you. Even if you’re a fan of hi-fi sound, you might be pleasantly surprised at how much a little loading can smooooth out your sound when feeding distortion.